Originally posted on another site on 6 January 2010. 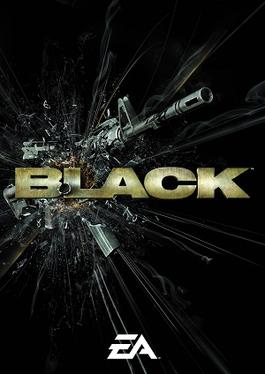 It’s the holidays and I always get into gaming during the holidays. Once I return to work (next week) I’ll probably only play games occasionally until my next holiday (hopefully in May).

So this holiday has seen me finish Shadow Man: 2econd Coming and start “Black”, an all out shoot ’em or be killed game. From the moment the game commences it is “fight for your life” and edge of the seat gaming. It could easily be one of the hardest games I’ve played in a long time. Yet I know two people who have completed it and as I want to stand proudly beside them both and sing my own praises, I will battle through to the end (and I mean that literally).

There’s eight missions, but they are extremely long and can be exhaustingly frustrating too. It took a while for me to catch on that it’s no use running into a room filled with enemies, guns a blazing. That is the quickest way to die. Once that sunk in, I learned to move slowly and patiently through the levels, hoping that each corner I turned would present me with a checkpoint. Each level, except the first (which is the shortest level) has two or three. However, if the console is switched off then when you return to the game later you’ll find yourself back at the beginning of the level. Believe me, you don’t want that to happen. If I reach a checkpoint, I must play until I reach the end of the level or that’s what I tried to convince myself.

I’ve completed four missions. For me, the second mission was the hardest so far. Missions three and four, although difficult, weren’t that bad. Mission five, on the other hand, is trying my patience. It’s so difficult and frustrating. It’s so easy to be killed in a frenzy of oncoming enemies. It’s so easy to forget to keep an eye on the health bar and press the necessary button when needed (if there’s a health kit available, that is). It would be so easy to suddenly become a person who curses, regularly! After several hours of play, I couldn’t reach the second checkpoint and as it was beginning to get late and my arm was aching from the tension of playing, I decided to break the golden rule and give up half way through a mission. Oh how I’ve let myself down. 🙁

In the meantime, I’ll be checking out the Black Walkthrough at IGN to ensure I’ve got the right moves, weapons and attitude. 🙂