I started the editing phase for Mirror Image on the weekend. There are six view points (I thought there were five, but discovered I was wrong) so I decided to create six files and work on each viewpoint separately. Sounded like a good plan to me. That is, until I tried to edit one of the files.

There are three major character and three minor character view points. I decided to work on the minor characters first. The character I chose only has three scenes in the entire manuscript. The scenes make perfect sense, but the character feels one dimensional. He’s made out of words alone. There’s no substance to him. That’s bad!

Naturally, this made me feel as if I’d hit a brick wall. But, determined not to let it beat me, I let my mind mull it over for three days and that’s when I suddenly realised what I had done wrong. The character does his part in the story, but doesn’t gain anything in return. Again, that’s bad!

As mentioned, this is a minor character, but he is a character with a life and reasons for choices made and I have neglected to show any of that when writing from his point of view. I managed to knock down that brick wall that was holding me back and have started giving this character a real reason for being in the story. When I’m finished, he won’t feel used and abused any more. He’ll be a legitimate character, with real conflicts, real objectives and a real personality. Now, that’s how it should be. 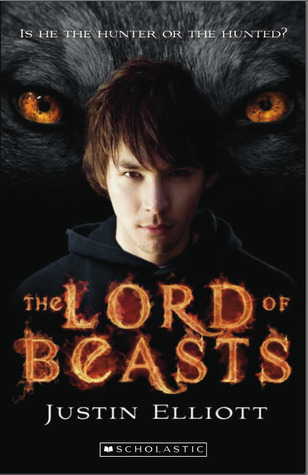 I would call The Lord of Beasts by Justin Elliott a classic fantasy novel for young adults. It’s about a group of young teenagers (from memory, I think they are about 14) who are drawn together in the most unusual circumstances and then thrown into a quest that keeps you on the edge of your seat.

The story has it all – ogres, pixies, faeries, magic, fear, laughter and a very real threat of death, just to name a few. The characters are a good match. They are well written and each has their own problem to overcome. The setting is put together well and easy to imagine. The plot is believable, which is something some stories (and not just fantasy stories) lack, and it’s also fast paced. I enjoy a fast paced story. I don’t like being dragged through a book – grumbling and groaning all the way – so it was nice to find myself transported through a world I would not have been able to visit without the help of the author.

The Lord of Beasts is the first story in a trilogy or series. I look forward to the publication of the second instalment.

That’s right; the first draft of Mirror Image is finished. It took a long while, actually it’s almost a year to the day since I started this project, but it’s finally done. As mentioned, it is the first draft and a long way from really being finished, but I’m ecstatic that I’ve got this far. The last few scenes are rough…and I mean rough. I’m not happy with them in the slightest, but at least the story is down, which will take the pressure off me. Now I can work on the finer details and I already have a list.

Before I do that, however, I intend to put this manuscript aside for a time – a very short time. I’m going away for a short holiday next week so I’ll give myself until 27 October 2008 and then I’ll start the edit. By then I’ll be revived and ready to go.

My plan is to cut the manuscript into sections. As it is told from five view points, I will make five files and concentrate on each view point one at a time. Then…I will merge the view points back into one story and edit it as a whole. I’ve thought about doing this for a while and I know it will be the best way to handle the edit. I’m looking forward to attacking the story in this way.

In the meantime, I’ll turn my attention back to the query letter I wrote for Cat’s Eyes. There’s something wrong with the letter. I haven’t been able to work out what it is, but as it’s been placed on hold for 10 days or so maybe I’ll be able to spot the problem now. I want to post the first set of queries (no more than five at a time) by the end of the month.

Blood Ties is the first book in The Castings Trilogy. It is also the first adult fiction novel the author has published,as she usually writes for children. I have read several of her children’s books and enjoyed them immensely. This book was no exception. In fact, it has qualities that make it stand apart from her previous writings. If you are a fan of the author, then you definitely will not be disappointed with Blood Ties.

The story is well written – smooth and interesting. The characters are not perfect people, which make them realistic, and they are likable and well rounded. And the world is believable yet enchanting.

I was especially impressed with the flow of the story. It is so easy to read, which makes it almost impossible to put down. From what I’ve heard, the second book (Deep Water) is quite the page turner so I’m looking forward to reading it soon. Another unique quality of the book is what I call the mini-stories of the minor characters. They give the story depth and allow the reader to view storylines from different perspectives, which is brilliant.

In all honesty, Blood Ties is the best adult novel I’ve read in a while. I highly recommend it.